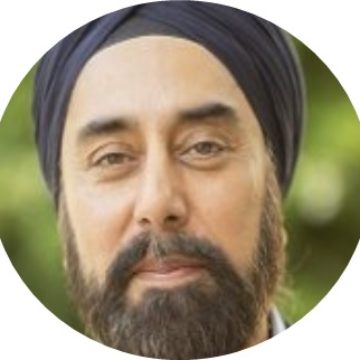 “She had many opinions but taken together they did not add up to a point of view”. - V. S. Naipaul, Guerrillas, 1975.

He could have been writing about the Bank of England. On 5th March 2009 the Monetary Policy Committee of the Bank of England cut Bank Rate to 0.5% from 1.0%.  This was an historic low in the policy rate and reflected both the extent of the financial crisis and its prospective impact on the real economy.

It was 89 MPC meetings later that that Bank Rate moved again on 4th August 2016 but, rather amazingly, to an even lower level of 0.25%. Subsequently there have been further changes in Bank Rate but it has proved so difficult to get away from the low interest rate trap.  We should be asking when will it be time to start thinking about reversing and returning to “normal” times and what that might mean.

The pat answer is that monetary will become normal when the economy itself becomes normal. But in preparation for that transformation, there are two simple reforms that might help normalisation.  First the Bank of England may also wish to complete its forward guidance by providing projections of Bank Rate and the holdings of assets by the Asset Purchase Facility over the policy horizon.  These projections might be given by each member individually, as the some other central banks, such as the US Federal Reserve, tend to do. Such statements would allow market participants to form a clearer view on the likely path of any normalisation.  Secondly, given extraordinary circumstances the MPC may wish to consider smaller or baby steps in the normalisation process.  It would be quite possible to move in, say, steps of 10Bp to demonstrate intent but also the gradual nature of the process.

Ultimately, decisions on the appropriate level of Bank Rate and the stance of policy rely ultimately on judgement, which is backed by theoretical models and empirical findings.  There is an obvious room for disagreement in the presence of judgement.  And to that we can add considerable uncertainty about the current state of nature, particularly as we try to engineer an acceptable response to the 2016 referendum result, and the impact of interest rate normalisation in an economy with elevated asset prices and high levels of debt.  It seems to be me that that plotting the policy path will be considerably more complicated during recovery and normality and so requires significantly more explanation than we have had in the past.  These factors call for caution but a return to normality needs to start at some point.  And so, a decade after we started an experiment with ultra-low interest rate and unconventional monetary policies, it is may be time for both a definition of the new normal and for some adjustment to it to begin.

Jagjit will be speaking at the 'Future of monetary policy' session on Thursday 23 May 2019. For more information visit https://www.bsaconference.org/seminar/future-of-monetary-policy/