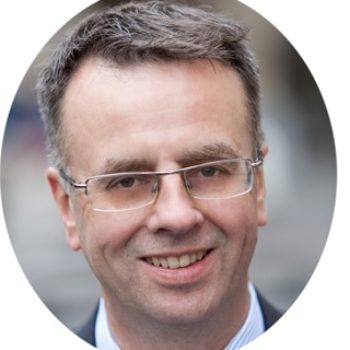 The Money and Pensions Service (MPS) estimates that 10.7 million adults in the UK don’t save regularly, and 11.5 million have less than £100 in savings to fall back on. These figures illustrate starkly the scale of under-saving in the UK. The MPS has a target of getting a million more adults to be saving by 2023 and the Building Societies Association  supports this.

But what about those who do save currently?  In coverage of the recent 10 year anniversary of the start of the banking crash, the plight of savers over this period of exceptionally low interest rates, introduced in response to the crisis, has tended to be overlooked. Even after two increases in the past 18 months or so, the Bank Rate stands at only 0.75%, meaning value for savers is hard to find. Building society savers outnumber borrowers in a ratio of 7 to 1 and the building society model relies on savers’ cash to fund lending for house purchase. It is a very simple model, one which has endured since the 18th century and remains as strong as ever. Societies have reacted to the low interest rate environment by balancing the needs of savers and borrowers and seeking to protect the interests of both. Building societies understand cash savings and the intrinsic virtue of thrift in promoting financial resilience is visceral to societies

Independent research by Savings Champion found that in 2018 66% of building society accounts paid a rate of interest above the Bank Rate, compared to 49% of competitor accounts.   Similar data from Savings Champion for 2017 and 2016 shows that this has been a consistent position – for 6 years and more. Collectively, in 2018, savers with a building society account earned £920 million more in interest than they would have done if they had an account with a big bank or a range of other financial institutions.

The image of building societies as traditional branch-based entities still largely holds true as societies have generally held on to their branch networks, providing the face-to-face service many of their members value. But they have also embraced innovation. There is a real appetite among building societies to ring the changes to the benefit of their members, actively encouraging people to embrace a savings habit that will engender financial resilience and equip them to better deal with the planned and unplanned costs of living and helping to build longer-term wealth.

A key part of getting more people to save is in convincing them that saving is intrinsically a good thing to do. This is more difficult when interest rates are low, but it is a challenge to which we must rise, nonetheless.

There will be a dedicated session focusing on 'Savings for life' at the BSA Conference on Thursday 23rd May 2019 with an expert panel of speakers:

Find out more at https://www.bsaconference.org/seminar/savings-for-life/.