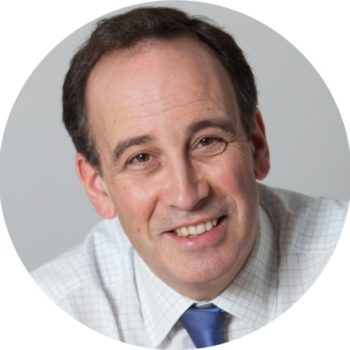 As we approach the 150th anniversary of the founding of the BSA,  appropriately in a pub in Snow Hill, London (recalling that Ketley’s Building Society was founded in 1775 in a pub in Snow Hill, Birmingham!), it seemed a good time to reflect back on those early days and to look forward. In a sense, this is a dose of my own medicine. I often talk to Building Society groups about using our past as the inspiration for our future….

Writing a first history of the BSA in 1915, E Naylor described the Association as being the “centre of earnest work for the improvement and protection of Building Societies”. He continued, “had it not been for the struggles of the Association, there is little doubt that Building Societies as we know them would not now be in existence, but would have been merged in some kind of Joint Stock Company scheme”.

Over 100 years later not much seems to have changed – and in the same breath everything seems to be changing with increasing speed. We don’t talk about the “struggles” of the Association. And we do seem to have seen off the threat of the joint stock company scheme. Although the demutualisations of the 1990s were significant, we retained sufficient critical mass to build to the position today, where building societies are writing more than one in three new mortgages and are steadily taking market share, despite all the competition from established and start-up banks.

Back in 1869, the BSA was founded as a response to attempts by the government of the day to introduce legislation detrimental to building societies by the back door. The legislation in question was to take away the exemption from Stamp Duties, which building societies had enjoyed from the passing of the Friendly Societies Act in 1836. The first attempt in 1855 succeeded in the House of Commons without the knowledge of any representatives of building societies, but was stymied in the Lords. Several attempts followed, eventually succeeding in 1867, tucked away as the tenth clause in an Inland Revenue Bill dealing with expenses of prosecutions, Distillers’ Bonds and Methylated Spirits.

So on 26 February 1869, a meeting of Secretaries and Officers of Benefit Building Societies held at Salter’s Hotel, King’s Arms Yard, Snow Hill, London resolved to form the Building Societies Protection Association with the object of protecting and extending the interests, privileges and advantages of building societies. Among the Association’s first campaigns was for a new Bill consolidating existing Building Society Acts. Drafted by a BSA sub-committee, the Bill was introduced into the House of Commons in May 1870. Although the Bill ultimately failed, “very important advances had been made in educating Members of Parliament, reconciling differences of opinion and making it clear that Building Societies were now of such vast importance, that legislation applicable to Friendly Societies generally could not be applied to them, and that they must be dealt with separately”. A Royal Commission followed and, eventually the 1874 Building Societies Act resulted.

Rolling forward to 2018, the BSA’s role remains substantially unchanged. Our purpose is to champion our sector and support all our mutual members. In championing the sector to politicians, officials, regulators and the media, much of our effort is in educating these groups of stakeholders about the vast importance of building societies to the future of the UK financial services sector. As the post-crisis period demonstrated so clearly, if there hadn’t been a strong group of customer owned building societies, there would not have been a mortgage market in the UK, much as there wasn’t an SME finance market. Healthy ecosystems rely on biodiversity and financial services is no different. Building societies, credit unions and the rest of the financial mutual world bring vital competition, different business objectives and real resilience to a sector that would otherwise be completely dominated by large shareholder-owned businesses.

Shareholder-owned business models have come to dominate conventional thinking among politicians, officials and regulators to such an extent that the need for education has arguably never been greater.

Hence the BSA’s campaigns for legislation and regulation that is both proportionate to size and complexity, and appropriate – working with the grain of the business model, not trying to force a customer-owned mutual model into a shareholder-owned framework. Hence also our campaign with all major political parties to recognise the massive contribution the broader co-operative and social enterprise economy makes to our nation. A recent report from Social Enterprise UK, sponsored by Nationwide Building Society and Co-op Group sets this out: the UK’s 100,000 social enterprises employ two million people and contribute £60 billion to GDP. The Building Society sector alone has 25 million savings and borrowing members, provides a third of new mortgages and has helped 750,000 first time buyers into their homes since the financial crisis. We employ 40,000 people, mostly outside London, and are proud to contribute almost £1 billion a year in taxes. According to reddit.com, the combined 2018 UK tax contribution from Amazon, Starbucks, Google and Facebook was just £52 million.

So as we approach 2019, and the 150th anniversary of that momentous meeting in Snow Hill, the need for the BSA remains as compelling as it was to James Higham, the BSA’s first Chairman (1870-1883). In times of political and economic uncertainty, rigorous regulation, rapid technological development and intense competition, we remain as a voice dedicated to championing building societies and contributing to the broader financial mutual and social enterprise economy. We remain dedicated to supporting all our mutual members as they navigate their own markets, pursue their individual strategies and embrace the fourth industrial revolution. And we look forward to doing so for many years to come so that future generations can benefit from building society membership, saving for their lives, buying their first and subsequent homes.

2019 will be an exciting time at the BSA. Our 150th Anniversary Conference will be at the Queen Elizabeth II Conference Centre in Westminster, bringing mutuality to the heart of government. We will be running a series of events throughout the year under our 150th Anniversary badge. There might even be a large birthday cake at the BSA on 26th February. We look forward to partying with a purpose!