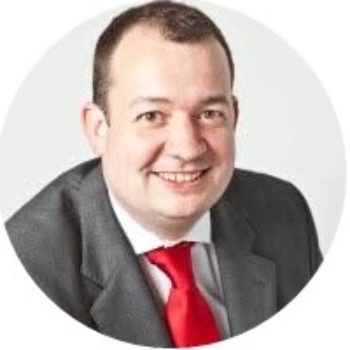 Housing for all: realistic possibility or pipedream?

As the fifth largest economy in the world you would expect that housing the nation in adequate accommodation would have always been a priority. Rising homelessness, a reduction in the provision of social housing, a lack of sufficient house building and rising house prices resulting in falling owner-occupation levels demonstrate that a coherent plan has not been the top priority of any Government for decades.

Over the last decade or so there has been significant change in the mortgage market. According to Government figures, in 2017-18, of 23.2 million households, 14.8 million (64%) were owner-occupiers. This represents a reversal of the steady growth between the 1980's and 2003, when owner-occupation peaked at 71%. Since then owner-occupation has gradually declined to its current level.

This reduction has occurred despite a range of Government interventions aimed at increasing home ownership, and the fact that 86% of renters say they aspire to own their home according to the British Social Attitudes Survey.

Alongside this, the BSA's Lengthening the Ladder research highlighted that based on current trends for home ownership, mortgage debt, housing equity and population change, there is likely to be a significant shift in the customer base of the mortgage market between now and 2030. Mortgage debt in the over 65s will almost double to £39.9 billion, while mortgage debt held by 20-29 year olds will almost halve.

One reason for this is the ratio of mortgage deposits to incomes, over the last two and a half years deposits have averaged almost 90% of a single first time buyer’s income, and half of joint buyers’ incomes. Saving for a deposit remains one of the biggest barriers to home ownership.

A combination of factors such as higher house prices, the decline of interest-only mortgages and borrowers stretching affordability, there has been a clear trend over the recent decade towards longer-term mortgages

There have been a plethora of Government schemes introduced over the last couple of decades, predominantly on the demand side, aimed at increasing home ownership levels.

Since 2010, over 481,000 households have been helped to purchase a home through government backed schemes. This includes over 60,000 new Shared Ownership properties. Shared Ownership is already helping a significant number of people - there are currently around 180,000 shared owners in England.

Over the period since the launch of the Help to Buy Equity Loan scheme in April 2013, 183,947 properties were bought with an equity loan.  Most of the home purchases under the scheme were made by First Time Buyers, accounting for 81% of the total.

The Government also reports that the private rented sector accounted for 4.5 million or 19% of households. Throughout the 1980's and 1990's, the proportion of private rented households was steady at around 10%.

The latest figures show growth in private rental prices paid by tenants in the UK has generally slowed since the beginning of 2016, driven mainly by a slowdown in London over the same period.

However, RICS' September 2018 UK Residential Market Survey found tenant demand in lettings to have risen nationally for the fourth successive month (on a non-seasonally adjusted basis). Rental projections for the year ahead point to growth of just over 2%, but this rate is anticipated to accelerate, averaging around 3.5% per annum, over the next five years.

In total, around 3.3 million households are in receipt of housing benefit to help with the payment of their rent. Government spending on Housing Benefit in 2017/18 totalled over £23bn. A significant proportion of this is now paid to private landlords.

When we look at the significant tax and underwriting changes to buy to let mortgages, it is unsurprising that we have had a subdued year for buy to let purchases. The full impact of the tax changes may only be felt by landlords in their most recent tax return, as a result we may see an increasing number of landlords leaving the sector and selling their properties.

Clearly affordability is becoming increasingly challenged across all tenures and radical solutions are need to address these challenges.

Find out more at the Building Societies Conference 2019

The 'Housing for all: realistic possibility or pipedream?' session takes place on Friday 24th May 2019. The session will be chaired by Journalist and Presenter Ben Thompson and he will be joined by David Cutter, Group Chief Executive, Skipton Building Society, Dan Wilson Craw, Director, Generation Rent, and Natalie Elphicke OBE, Chief Executive, Housing and Finance Institute. Find out more at https://www.bsaconference.org/seminar/housing-for-all/.